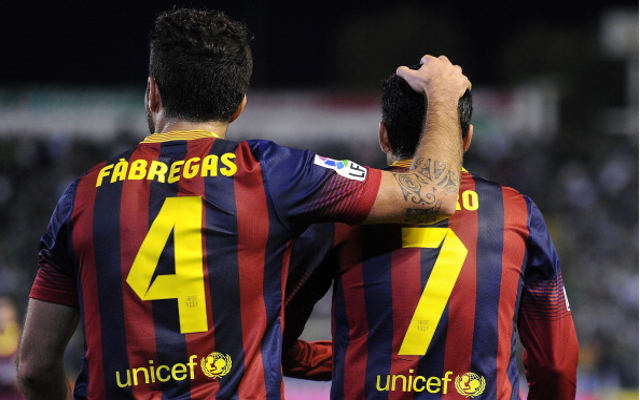 Former Arsenal and Barcelona midfielder Cesc Fabregas could hurt both of his old clubs this summer as he looks to help bring Pedro to Chelsea.

The Spanish international appears to have persuaded his old team-mate to swap the Nou Camp for Stamford Bridge this summer – the same move he made this time last year.

Pedro has also been tracked by the likes of Arsenal and Liverpool, while Barca would like him to stay but cannot guarantee him first-team football.

According to the Metro, this could now see him join up with Fabregas at Chelsea next season, in what would be a fine move for the Premier League champions.