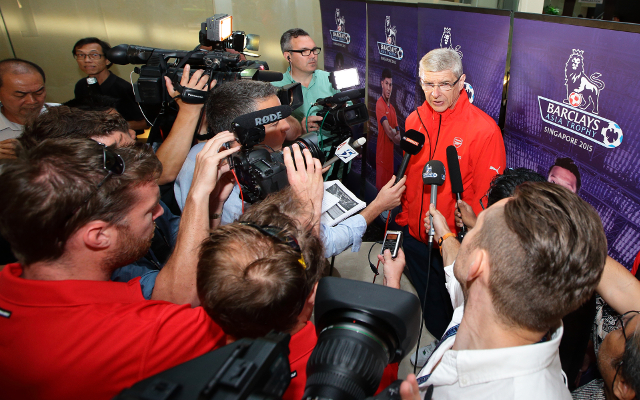 Quotes reported on talkSPORT state Wenger’s interest in bringing in further additions if he can secure those he feels would be of real value.

On the subject of potential signings Wenger stated;

“It depends, if we find ideally what we want, we are still hoping to do something else.”

“That doesn’t depend only on us, it depends on whether we can find them, but if we can find one or two players we will do it.” Wenger added.”

“We knew they wouldn’t be happy with finishing outside the top three, they will respond,”

“They have made some interesting signings. They came out of the season thinking they have to rebuild their midfield, and they did it by buying two important players – [Bastian] Schweinsteiger and Schneiderlin.

“They are two top-class players. One who is now coming up to the top level – Schneiderlin, and one who has done it all. It will be interesting to see how they mix with the other players.”