The left-back only moved to Stamford Bridge last summer, but has struggled to assert himself in West London and looks set for a move away from Chelsea this summer.

Despite leaving Atletico in 2014 as a Spanish champion, a Brazil international, and having recently helped Diego Simeone’s side to the Champions League, the player has wholly failed to dislodge Cesar Azpilicueta, Chelsea’s first-choice left-back.

He has been heavily linked with a move back to his former club, with ex-coach Simeone keen to bring him back to the Vicente Calderon.

However, while Atleti have made contract their reported interest with an offer for the player, it’s not an offer that appeals to Mourinho.

According to the Times [via the Express], the Colchoneros have made a swap-deal offer for the player, who they sold for £15.8 million a year ago.

However, the tabloid report that Mourinho has rejected the deal, and will only consider selling the player if Atletico meet the fee requested by the Pensioners.

As yet, the identity of the player or players proposed by Atletico for a swap deal have not been revealed, although one player who Chelsea were reportedly keen on—Arda Turan—will not be included in any transfer, having already secured a move to Barcelona [Daily Mail].

Chelsea have been heavily linked with a move for Ghana left-back Abdul Rahman Baba, and the Augsburg man would surely replace Filipe Luis as Azpilicueta’s backup should he move to Stamford Bridge [Metro]. 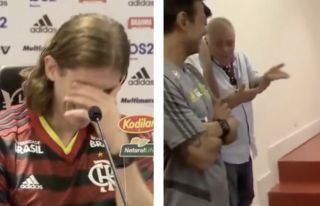