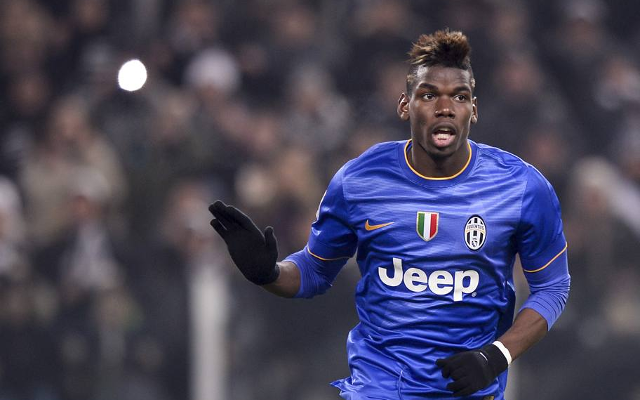 Pogba looks set to follow Sterling to the Etihad.

With BBC Sport reporting that Manchester City have already agreed a £49m deal to sign Liverpool star Raheem Sterling over the weekend, it looks like there could be more good news for the club’s fans.

According to the Daily Star, an £80m deal is in place to sign Juventus midfielder Paul Pogba, and only a complication over the player’s image rights is holding the move up at the moment.

The Star claims that Pogba has agreed a £250,000 per week contract with City and could be their next summer signing, in what would be a huge move for the club if they can finalise any problems involving his image rights.

With City finishing runners up to Chelsea in the Premier League last season and failing to win any silverware, it’s clear the club are showing real ambition to get back among the big boys next season.

In the past, big signings like Yaya Toure and Sergio Aguero have been instrumental to their success, with title wins in 2011/12 and 2013/14, but some of their more recent buys have not proven as succesful, such as Stevan Jovetic, Jesus Navas, Fernando and Eliaquim Mangala brought in in the last two summers.

Sterling and Pogba, however, are among the finest young players in the world and would be incredibly exciting additions to Manuel Pellegrini’s side if he can push both moves through this summer.