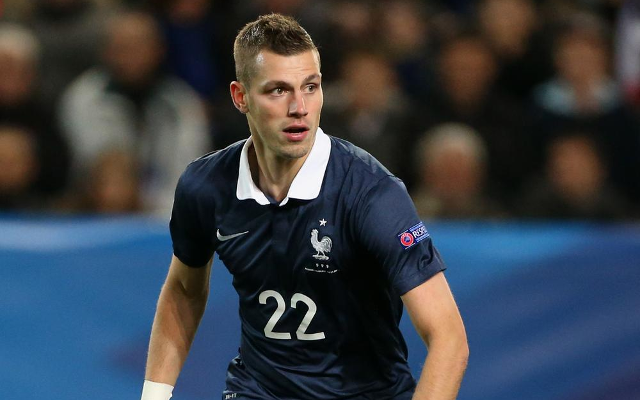 Schneiderlin to Man United is a done deal.

Manchester United have announced the signing of French international midfielder Morgan Schneiderlin from Southampton on their official Twitter account.

The Red Devils are reported to have paid £24m for the 25-year-old, according to the Guardian, while a recent report from the Daily Star claims he also held talks over a possible move to Arsenal.

With Louis van Gaal’s side somewhat short of options in midfield last season as Michael Carrick spent a lot of time out injured and new players like Ander Herrera and Daley Blind took time to settle, it’s clear that Schneiderlin could make a fine addition in that key position.

The France star really shone for the Saints last season, looking like one of the best in England in his position, earning a repuation for being a tough tackler and intelligent passer of the ball in Ronald Koeman’s high-flying side.

Schneiderlin had spent the bulk of his career with the South coast club prior to this move, first joining them all the way back in 2008 as a youngster from Strasbourg, and going on to make 260 appearances for the side.

Still, Southampton look to have moved quickly to sign a player as his replacement, with the Daily Mirror reporting that they are in advanced talks to bring in Dutch midfielder Jordy Clasie from Feyenoord.