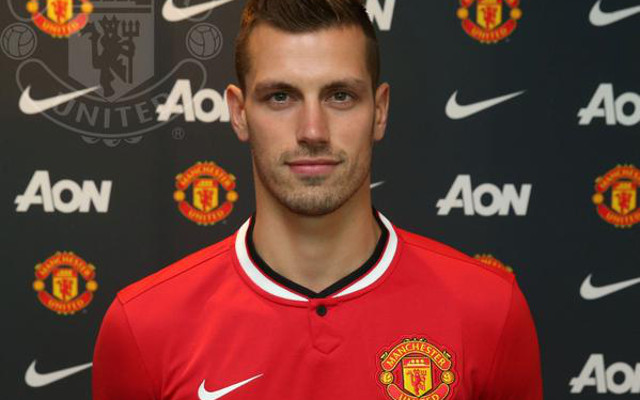 The 25-year-old has joined for £25m from Southampton on the same day that Bastian Schweinsteiger arrived from Bayern Munich [BBC]. Both players will now be available for the side’s tour of America, which the squad leaves for on Monday.

The Frenchman has signed a four-year deal with the Red Devils, with the option to extend for a further year. The France international has has made 253 appearances since joining in 2008, and has been especially impressive in their last two seasons in the Premier League.

This has led to Louis van Gaal bringing the midfielder to Old Trafford to bolster the middle of the park. Michael Carrick impressed there last time round, but at 33 years old will find it difficult to perform at his best in four competitions.

If anything, the England international may now find it hard to even get in to the team ahead of the pair of new signings. Ander Herrera, Marouane Fellaini, and Juan Mata may all have their positions under scrutiny as well now that there are new options available to their manager.

If Van Gaal’s comments are anything to go by, the 63-year-old is very happy to have got his man.

“Morgan is a very talented player with great energy and ability,” he said, “His skills will complement the players that we already have and I am very pleased that we have been able to complete this deal before the tour to the United States. That training camp will be very important in our preparations for the new season and gives Morgan and the other players a chance to show our fans what they can achieve together.”

The player himself was also ecstatic to be signing for United: “I am delighted to be a Manchester United player. Once I learned that United were interested in signing me, it was a very easy decision to make. I have enjoyed seven very happy years with Southampton and it’s a club that will always be in my heart. But the chance to be part of this squad to help this great club be successful was too good to miss.

“I’m excited to be starting that journey on our trip to the USA. I know what Manchester United means to fans all over the world and I’m looking forward to experiencing that.”

With a long time still left in the transfer window, United have already signed four players; Schneiderlin and Schweinsteiger join Memphis Depay and Matteo Darmian, who arrived from PSV Eindhoven and Torino respectively. With United managing to do these deals before the start of pre-season, it could give them a more settled squad in time for the new season, unlike last year when the likes of Angel Di Maria and Radamel Falcao joined late on in the transfer window, meaning they instantly had to settle in and play competitive Premier League games, ultimately leading to some mixed displays throughout the season and a disappointing fourth place finish.