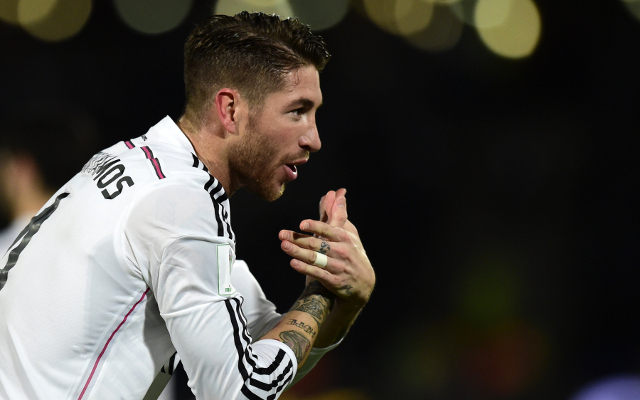 Real Madrid defender Sergio Ramos doesn’t appear to be contemplating a summer switch to Manchester United after he has travelled with the Liga BBVA giants for their pre-season tour of Australia, Mail Sport reports.

The Spain international has been heavily linked with a move to Old Trafford as doubts over his future at the Santiago Bernabeu began to creep in earlier in the month after reports in Metro Sport provided information that talks over a new deal had broken down.

This alerted the Red Devils, who registered their interest in Ramos and Guardian Sport claimed a deal involving David De Gea could be a possibility.

It was also claimed by Barcelona presidential candidate Jordi Majo that they had been offered Ramos by their fierce rivals [via Sky Sports], although the player’s agent swiftly rejected those claims and insisted that transfer would never happen [via Goal].

Rumours then began to heat up once again a few days later as Independent Sport revealed that the 28-year-old has began taking English lessons and that added further fuel that a move to United could actually happen.

However, a truce was called between Madrid and Ramos according to Spanish publication AS, but that didn’t deter United who made a £28.6 million bid as it was claimed that the player is desperate for a move to the Premier League outfit [via Sky Sports].

That offer has since been rejected and it would appear that if any deal is to happen then it’s likely to include De Gea going the other way as the Red Devils are standing firm on negotiations regarding their current number one [via Guardian Sport].

Judging by the images posted on forward Jese and the Blancos’ official respective Twitter accounts on Sunday afternoon, it seems Ramos is quite happy to remain with the team and he is surely next in line to be the new club captain after Iker Casillas’s transfer to FC Porto was confirmed [The Guardian].