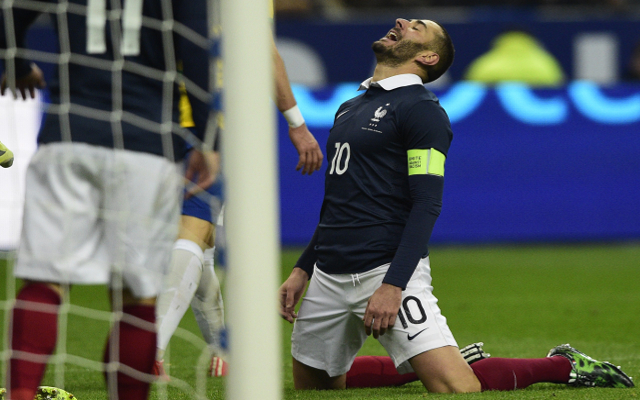 Arsenal retain an interest in Real Madrid forward Karim Benzema but are ready to wait until the latter stages of the transfer window to land the Frenchman if necessary according to Goal.com.

Benzema has spent six years at the Bernabeu and was a first team regular under former boss Carlo Ancelotti.

The arrival of Rafa Benitez as the new manager of the Spanish giants may impact on Benzema’s standing as Goal.com believe that the former Liverpool boss is ready to use Cristiano Ronaldo and Gareth Bale in central roles, which could lead to the 27-year-old being forced out of the Real Madrid starting eleven.

Arsenal showed great form over the second half of the 2014/15 campaign but lack a prolific marksman in a striking berth, with Olivier Giroud only impressing in patches, and this has led to Arsene Wenger targeting a forward purchase.

As an indication as to Giroud’s inconsistent form in front of goal it’s worth noting that whilst the 28-year-old enjoyed a mid-season run of 10 goals in 10 games, the French international then went eight games without netting, prior to then bagging a late goal in the FA Cup final against Aston Villa.

Having previously been strongly linked with an interest in Napoli’s Gonzalo Higuain (via London Evening Standard) the north London side are now ready to offer £35m for first choice target Benzema (via Goal.com).

Benzema has proven very effective over the past two seasons, netting 32 goals and providing 19 assists in La Liga action alone, and has the physical presence that should make him an ideal Premier League capture.

Goal.com believe Benzema is considered a player Arsenal wish to make a ‘Marquee’ signing to follow on from their captures of Alexis Sanchez and Mesut Ozil.