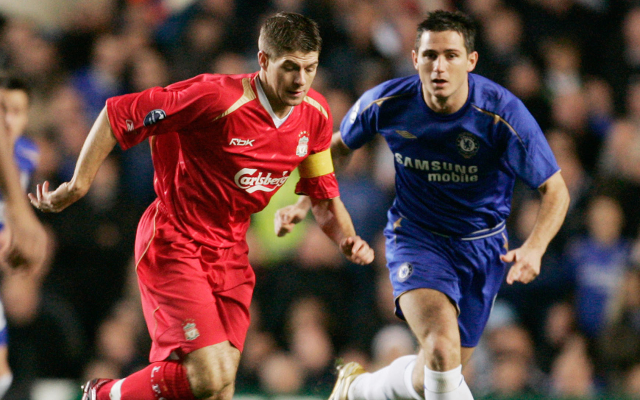 Former England teammates and Premier League rivals Steven Gerrard and Frank Lampard have been named together in a 2015 Major League Soccer All-Star match against Tottenham Hotspur.

Spurs are to travel to the United States as part of their preseason preparations, and will contest a high-profile exhibition match against a hand-picked select from MLS in Colorado on July 29.

They will come up against some familiar foe, with Major League Soccer new boys Gerrard and Lampard both being named in the division’s dream team.

Despite neither having made their debuts in the division yet—Gerrard for Los Angeles Galaxy, Lampard for New York City FC—both have been selected by MLS Commissioner Don Garber, with the administrator clearly keen to see two of the division’s most recognisable players represent the league against elite opponents [ESPN].

Lampard originally signed for NYCFC in the summer of 2014, but spent last season on loan with Manchester City back in the Premier League. He won three Premier League titles and the Champions League during his time with Chelsea.

As such, he is yet to make his MLS debut, with a calf problem ruling him out of his new club’s recent 4-4 draw with a Sebastian Giovinco-inspired Toronto FC [via nycfc.com].

Gerrard moved to LA Galaxy following the end of the Premier League season, leaving boyhood club Liverpool after 17 years in the first-team squad.

The likes of Brazil great Kaka, ex-Barcelona man David Villa and Nigeria striker Obafemi Martins will both be present for the exhibition match against Spurs.

Former Lilywhite Clint Dempsey may well also have the opportunity to feature against his erstwhile employers, although it remains to be seen whether Robbie Keane will also get the chance to remind Spurs what they’re missing.

According to Tottenham’s official website, Mauricio Pochettino’s side are set to take on Real Madrid on August 4, before their Premier League opener against Manchester United on Saturday 8th August.