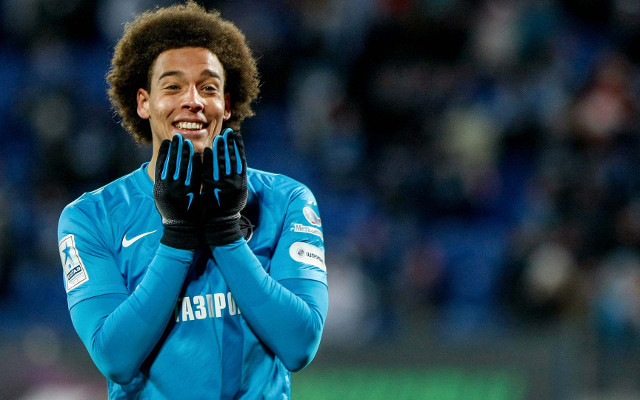 Chelsea owner Roman Abramovich has travelled to Russia in the hope of sealing a deal for Zenit Saint Petersburg’s Axel Witsel.

According to RTBF, the Russian Businessman is so intent on securing the signature of the Belgium international this summer – that he is en route to Saint Petersburg where he is set to open talks over the transfer of the midfielder.

The Belgian broadcasting organisation state that Abramovich will negotiate with Zenit president Alexander Dyukov Valeryevich – also said to be a friend of the 48-year-old – over the possibility of signing the 26-year-old.

What’s more, the report claims that Jose Mourinho has a good relationship with Witsel’s representative, Lucien D’Onofrio, which could prove pivotal during talks.

Abramovich may have been forced to take matters into his own hands following speculation [via The Independent] that Serie A champions Juventus have been locked in discussion with the player since January, and could now be closing in on his signature.

There is a strong Belgian contingent in west London – with first-team stars Thibaut Courtois and Eden Hazard regulars at Stamford Bridge, while youngster Charly Musonda is earning high praise in the club’s under-21 team.