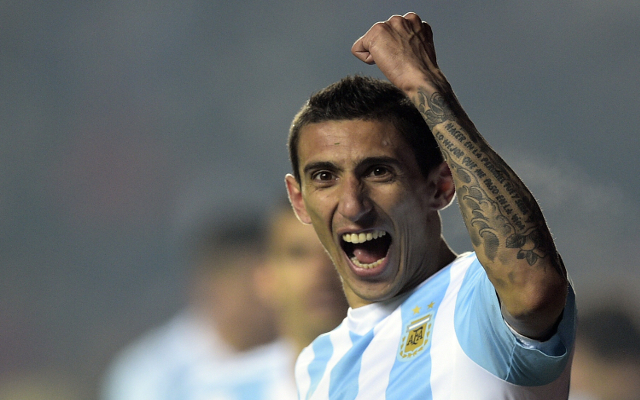 Manchester City were interested in a shock swoop for Manchester United winger Angel Di Maria before completing a deal for Raheem Sterling.

The England international joined City from Liverpool in a deal worth up to a reported £49 million on Tuesday afternoon [The Guardian], however, it appears he was not necessarily the club’s first-choice transfer target.

The prospect of a move across the city to the Etihad Stadium could have appealed to the 27-year-old as he could have been reunited with his Argentine compatriots in Sergio Aguero, Pablo Zabaleta and Martin Demichelis.

But with Di Maria reportedly unhappy in England [talkSPORT], last season’s Barclays Premier League runners-up were forced into dropping their interest and pressed ahead with plans to lure Sterling away from Anfield.

It does seem that Di Maria will be leaving Old Trafford before the end of the transfer window as rumours over the week have strongly linked him with a summer switch to a couple of European giants.

Bundesliga outfit Bayern Munich are understood to be keen on the player’s signature after their interest was confirmed on Monday afternoon by German media outlet Bild’s chief reporter Christian Falk via his official Twitter account.

However, a move to France with Paris Saint-Germain looks to be the likely destination for Di Maria as there has been various reports in the media that he has already agreed to join last season’s Ligue 1 champions [via talkSPORT].

That deal could involve PSG forward Edinson Cavani moving in the opposite direction [via ESPN] as United manager looks to bolster his attacking options after completing deals for Matteo Darmian, Bastian Schweinsteiger and Morgan Schneiderlin.