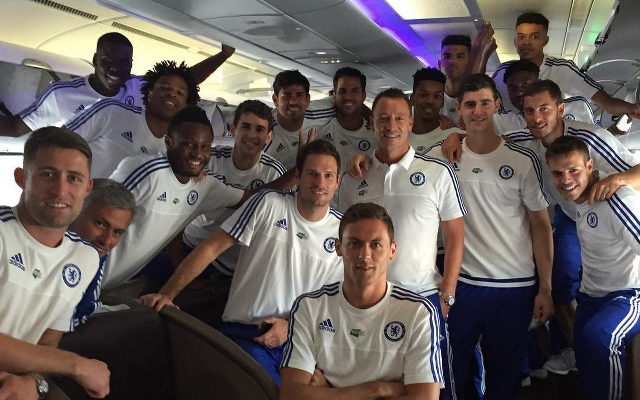 Chelsea travel to Montreal today, as the Premier League champions kick off their pre-season tour in Canada – where they will begin training in preparation for the International Champions Cup.

The west London giants are readying themselves for three blockbuster clashes against New York Red Bulls, Paris Saint-Germain and Barcelona – which should help to get Jose Mourinho’s side in top condition before beginning their title-defence next month.

Blues captain John Terry took to Instagram to post an image of himself, his team-mates and his manager on board the plane to Montreal.

It took some finding, but take a look at Mourinho – who just sneaks in next to Gary Cahill: