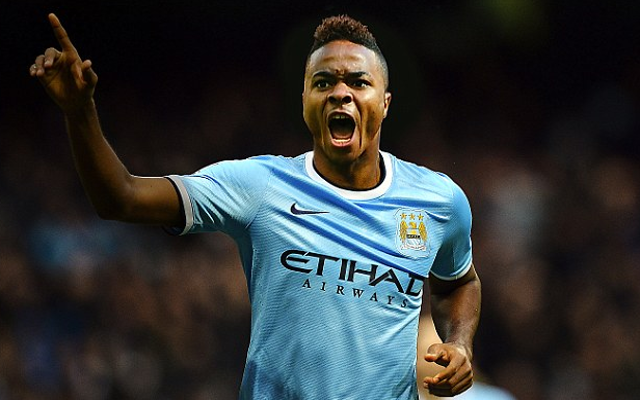 Manchester City star Raheem Sterling has given his first interview after swapping Liverpool for the Etihad Stadium this summer.

The player had made secret of his desire to leave Anfield this summer, and finally got his wish on Tuesday when he agreed a five-year deal to join the Citizens.

The England international’s relationship with the Merseysiders had completely broken down in recent weeks, particularly after his agent Aidy Ward had criticised both the club and Reds legend Jamie Carragher, and also insisted that his client would not be agreeing a new deal [Standard].

Sterling then refused to go on the side’s pre-season tour to East Asia, and also refused to turn up to training, saying he was unwell [The Guardian].

Finally, Liverpool relented and agreed to the departure of the 20-year-old, who still had two years left on his contract.

Speaking to the official Manchester City website, the forward admitted that he was delighted to have joined the Sky Blues, while also praising both his agent and his erstwhile manager Brendan Rodgers.

“It’s a good feeling and this is really happy time for me and my family,” he began.

“I’m just glad it’s all over and done with and I can’t wait to get on the training field.

“The thing that excites me the most is the world class squad we have and knowing we have a team that is capable of winning things year in, year out,” he continued.

Sterling closed by thinking both Rodgers and his representative, Aidy Ward: “I want to thank Brendan Rodgers for giving me a chance and an opportunity in the first team, giving me my full debut – against City funnily enough – and giving me a real chance to cement a place in the first team and show the world my talents.

“Finally, I’d also like to thank all the people around me – my mum and sisters, my management team and Aidy Ward for helping me focus and get where I am today. I just wanted to say a big thank you to everyone.”

Sterling managed seven goals and seven assists in the EPL last term, and City will be hoping for an improvement on those numbers if the forward is to repay his hefty transfer fee,