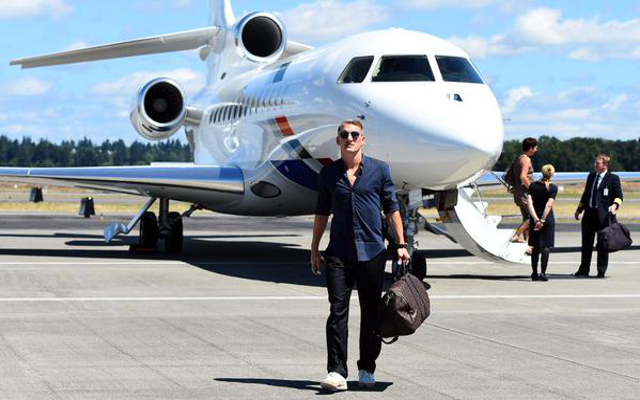 Jerome Boateng has warned Manchester United new boy Bastian Schweinsteiger that he will not find life easy at Old Trafford.

The Germany international completed his Bayern Munich departure on Monday, signing for the Red Devils for a reported £14.4 million, according to BBC Sport.

30-year-old Schweinsteiger—who moved to the club alongside Southampton’s Morgan Schneiderlin—has signed a three-year contract with United and will expect to take up residence in the heart of Louis van Gaal’s midfield.

The transfer is the first of Schweinsteiger’s career; the World Cup winner began his career with Bayern, and featured for the Bavarian giants’ first team for 13 years.

He arrives at Old Trafford as one of the most decorated players ever to sign for the club, having won eight Bundesliga titles, seven German cups and the Champions League in 2013.

However, despite the veteran’s storied past, one former teammate is unconvinced that the midfielder will find the going easy in England.

“It will be a little harder [for him],” said Bayern defender Boateng, speaking to the Express.

“Basti has to adapt, but he has the qualities, he will succeed. And he has the personality to influence a match very much,” continued the Germany international—who featured for Manchester City between 2010 and 2011.

“The English supporters are really fair, they will give a nice welcome. I hope it will be a great experience for him and he will grow.

“He has to be prepared for that. Or you play well and [do well].

“Referees will whistle not every foul, almost not any foul, to be precise. The game will be faster.”

Boateng isn’t the first of Schweinsteiger’s compatriots to have questioned his ability to succeed in England. Germany legend Franz Beckenbauer has already doubted the midfielder’s decision to consider a future in the Premier League, advising him to remain in the Bundesliga with Bayern [ESPN].