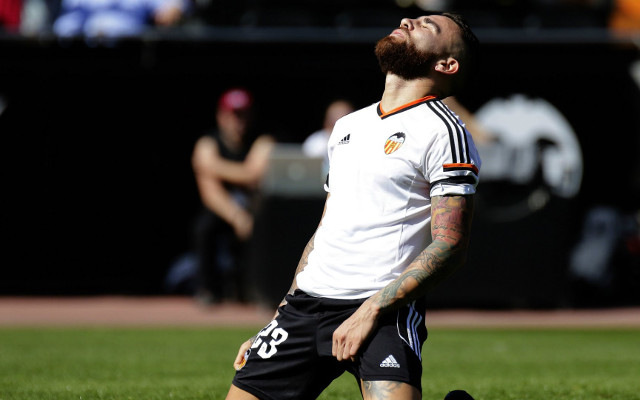 The two English heavyweights are in the transfer market for a new centre-half ahead of the new season and the Argentine has been linked with moves to both during the summer.

United’s need for a new defender is evident after their well-documented struggles in that position last season, and manager Louis van Gaal has made no secret of his desire to strengthen in that department before the transfer window closes on September 1.

His first-choice target appears to be Real Madrid’s Sergio Ramos and the Dutch coach has already launched an offer for the Spanish international [via Sky Sports], although the Liga BBVA club appear insistent that they will not be allowing the player to leave the Santiago Bernabeu this summer as they have named him as the new club captain [via Independent Sport] following the departure of legendary goalkeeper Iker Casillas to Porto earlier in the week [via BBC Sport].

With the arrival of Ramos at Old Trafford looking very unlikely, van Gaal has been tipped to re-ignite his interest in Otamendi, who has reportedly gone on strike at Valencia [via Independent Sport] in order to push through a transfer to the Premier League this summer.

That news alerted Chelsea and manager Jose Mourinho and reports over the weekend surfaced [via Express Sport] that the Blues were hoping to hijack Otamendi’s move to Manchester by calling in agent Jorge Mendes to help with a potential transfer.

However, Star Sport understands that the West London outfit are no longer interested in the Argentine international as they are looking for a versatile player that can operate at left-back as well as through the middle.

This now puts the Red Devils in pole position to land the 27-year-old, and it could take a huge €50 million offer to prize him away from the Mestalla Stadium as that was his reported price-tag at the start of the summer [via ESPN].