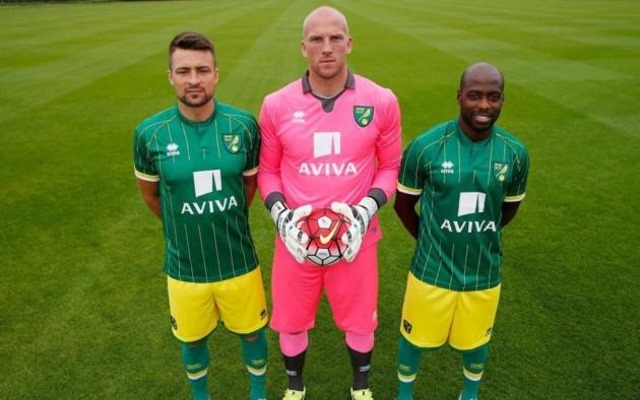 Norwich City have released their new away kit for the coming campaign, and the team at Caught Offside have instantly made it our favourite strip of the 2015-16 season.

The shirt is a classic inversion of the home kit—which is an approach that almost always bears fruit—while the dark green is a hue that should make the Canaries stand out—from their rivals if not from the Carrow Road turf.

We’ve long been calling for more yellow pinstripes on shirts, and thankfully, Norwich have heeded our call.

Suppliers Errea have paired the snazzy shirts with yellow shirts and green socks.

Few teams will look sharper than Norwich on their travels…although there are, of course, no guarantees that they will be picking up too many points away from Norfolk.