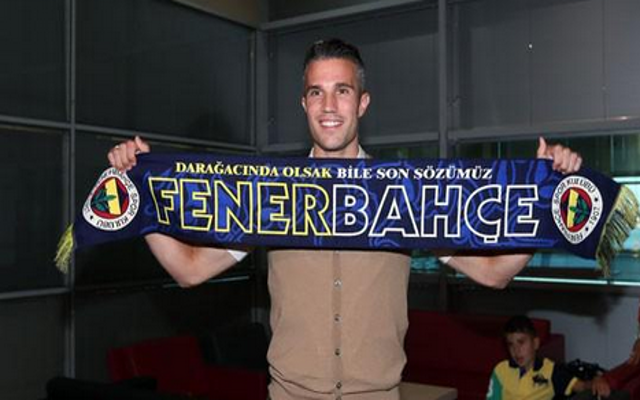 Having completed his transfer to Fenerbahce, Robin van Persie has taken to Twitter to thank supporters of both Manchester United and Arsenal.

Thank you Arsenal and thank you Manchester United. Wish you all the best. pic.twitter.com/Y43uA13Y8j

The Dutch forward spent eleven years in the Premier League with both domestic giants, and while he established himself as one of the division’s most feared goal-getters, he only managed to win one EPL crown.

The striker ended his long association with the English game on Tuesday, when he left Old Trafford for Fenerbahce in a £4.7 million deal. The forward had the following to say about calling time on his EPL career and of the fresh start that awaits him in Istanbul.

After 11 great years in the Premier League, I have taken on a new challenge at Fenerbahce!! — Robin van Persie (@Persie_Official) July 14, 2015

Really excited to get started and get to know the beautiful city of istanbul.

Thank you to all the fans, who have supported me through the years. — Robin van Persie (@Persie_Official) July 14, 2015