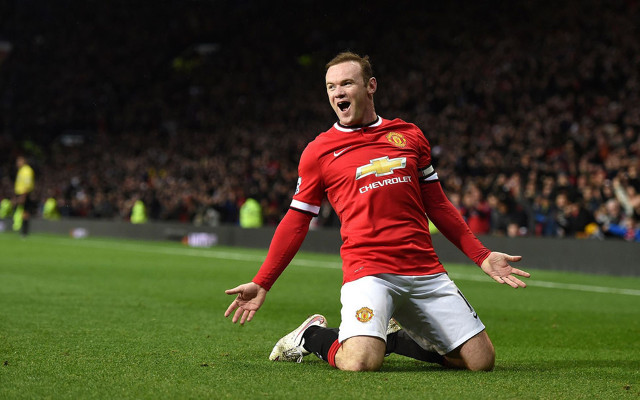 Wayne Rooney admits the recent arrivals at Manchester United have provided the club with a huge boost.

After a relative slow start to the transfer window, with Memphis Depay as the only new addition to the club, three more players have arrived in the space of two days and that has understandably filled supporters of the Red Devils with optimism ahead of the new season.

The first of the three new signings over the weekend was highly-rated Italian international defender Matteo Darmian, who completed his move from Serie A outfit Torino last Saturday in a deal worth a reported £12.7 million [via BBC Sport].

The 25-year-old signed a four-year contract with the 20 times champions of England and is expected to be installed as the club’s first-choice right-back ahead of Antonio Valencia and Rafael.

Then, shortly before United departed for their pre-season tour of the United States on Monday, came the announcement of two blockbuster transfers, as both Morgan Schneiderlin and German World Cup winner Bastian Schweinsteiger were unveiled as manager Louis van Gaal’s latest additions [via Mail Sport].

The midfield duo will provide competition to what is already a star-studded engine room at Old Trafford and will surely give van Gaal many selection headaches next season as he will have to find the correct system which keeps the likes of Michael Carrick and Ander Herrera happy.

All four additions have been greatly received by many connected with United and captain Rooney has welcomed his new teammates with open arms:

“Bastian is a very experienced player who has won everything in the game and it’s great that he has chosen to join us and left a team like Bayern Munich to come here,” the England international said in an interview with the club’s official website.

“And Morgan as well – it’s great to see Bastian, him, Matteo and Memphis all come in and give the squad a boost. It’s exciting times and I’m sure over the next week or two it’ll be great for us to get some training sessions in and get to know each other’s games,” Rooney added.

United’s spending spree is showing no signs of slowing up and Rooney could soon be joined by a new striker partner as reports in Mail Sport has linked Christian Benteke with a summer switch to Old Trafford. Meanwhile, any plans to sign Bayern Munich star Robert Lewandowski will cost in the region of £35 million, according to Sky Sports.

Arguably the best news for United fans would be to keep hold of star goalkeeper David De Gea and if reports in Mirror Sport are correct then they may get that wish as the Spaniard looks set to stay in Manchester for another season at the least.