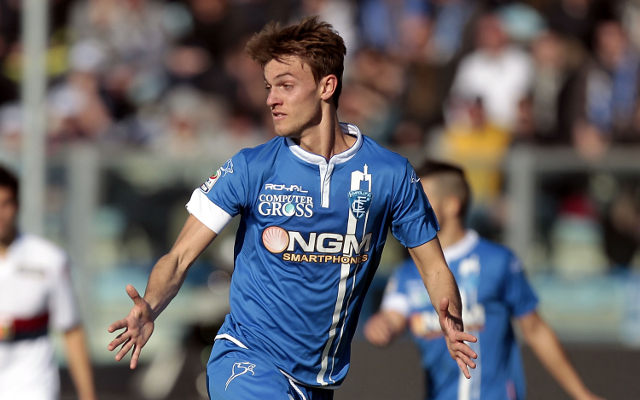 Arsenal have made an opening bid of €22m (£15.3m) for Juventus centre back Daniele Rugani.

According to Sky Italia, stated by journalist Omid Zamani, the Gunners are eyeing a deal for the Italy Under-21 international this summer, and have begun negotiations by tabling their first bid for the defender’s signature.

Nonetheless, Zamani states that the €22m offer has been rebuffed by the Serie A champions, and it isn’t known whether Arsene Wenger will return with an improved.

SKY Italia reports that in the last few hours Arsenal made a bid of 22 million euros for Daniele #Rugani but Juventus rejected the bid.

The 20-year-old has caught the eye over the past few seasons, particularly after playing a pivotal role for loan side Empoli, as they earned promotion to Serie A last summer.

The Gunners have plenty of options in central defence, with the likes of Per Mertesacker, Laurent Koscielny, Gabriel Paulista and Calum Chambers to choose from; however, Wenger may be wishing to inject further youth into his back-line.

The summer window could so far be described as filled with mixed emotions for Arsenal as, while securing Chelsea’s Petr Cech in a £10m deal, they lost out to Manchester United for long-term target Morgan Schneiderlin.