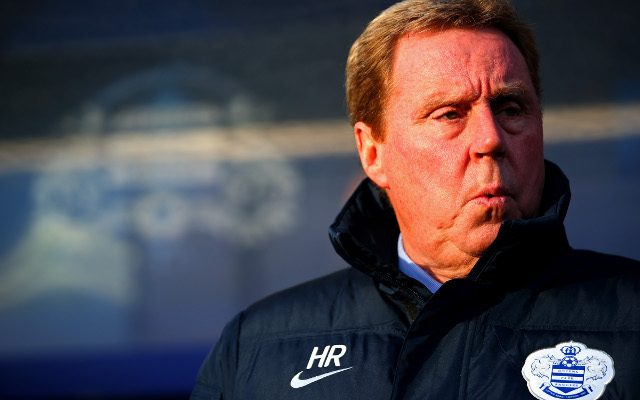 Harry Redknapp has expressed his concern that Liverpool have missed their best opportunity to trouble the top teams in the Premier League after selling Raheem Sterling to Manchester City.

The England international completed his £49 million move to the Etihad Stadium earlier in the week, and joins the 2014 EPL champions on a five-year deal.

Sterling had made no secret of his desire to leave Liverpool, with his agent Aidy Ward both slamming the club and confirming that his client had no intention of signing a new deal at Anfield [Standard].

However, despite the player’s desire to leave Merseyside, Redknapp feels that Liverpool may end up paying for not having done more to keep hold of the forward.

“It’s definitely a bit worrying that Liverpool have lost another big player,” the coach told talkSPORT, as reported by the Express.

“A couple of years ago they had Daniel Sturridge, Raheem Sterling and Luis Suarez and you thought,’ oh my god, those three together are going to do some damage in the next few years’,” he continued.

“But Liverpool lost Suarez, who was the best player in the Premier League that season, now they’ve lost Sterling and Sturridge is struggling to stay fit.”

Redknapp—who has managed the likes of West Ham United, Portsmouth, Tottenham Hotspur and Queens Park Rangers during a storied career—forecast a difficult future for the Reds, particularly after the loss of another influential figure: “Steven Gerrard has also moved on. It’s a real problem.

“They’ve gone from nearly winning the league championship two years ago, to struggling to make the top four. It’s going to be difficult.”

However, despite the considerable sales, there is some reason for optimism at Anfield following the arrivals of several high-profile players such as James Milner and Roberto Firmino.

Christian Benteke looks likely to be the next big name to arrive at Anfield, with the Belgian striker ‘on the brink’ of signing for the Reds according to the Liverpool Echo.

Perhaps if the new man can recreate this magical moment often next season, Redknapp’s prognosis will be a little more positive for the Reds: