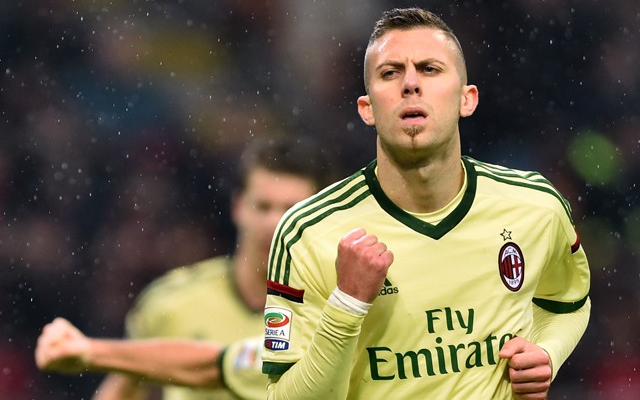 Liverpool are reportedly in talks to sign AC Milan winger Jeremy Menez for around £10.5m this summer, with the Italian club ready to sell, according to the Daily Express.

The French international wide-man was in outstanding form in Serie A last season, scoring 16 goals after joining from Paris Saint-Germain to establish himself as one of the best attacking players in Italy.

With Liverpool selling Raheem Sterling to Manchester City this week, as confirmed on BBC Sport, the club will be in need of new options out wide, with the England international proving a key player for the Reds in the last couple of seasons.

Liverpool supposedly have good relations with Milan after signing Mario Balotelli from the San Siro outfit last summer, but the Merseysiders will be hoping any deal to bring Menez to Anfield will work out better, with the flakey Italian forward only managing one Premier League goal in 2014/15.

Menez looks a less risky option at the Express’ reported fee of £10.5m, however, with the 28-year-old more of a proven talent with consistent performances for club and country throughout his career, showing good goalscoring form in both the French and Italian leagues, with spells at AS Roma and AS Monaco as well as PSG and Milan.

Menez could now get the chance to try his luck with a spell in England as Liverpool eye big names to get them back into the top four next season.