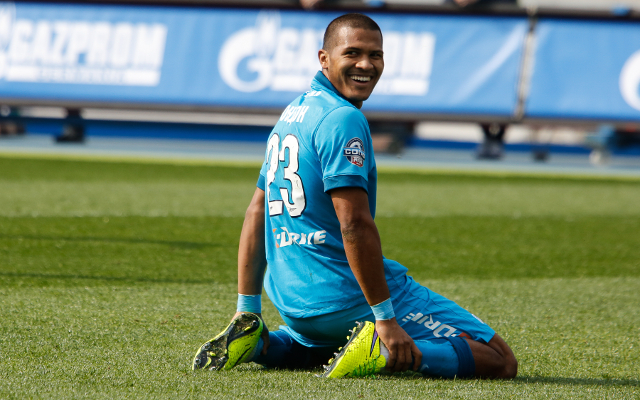 Liverpool are considering a move to sign Zenit Saint Petersburg striker Salomon Rondon this summer after appearing to miss out on Christian Benteke, according to the Metro.

Rondon looks a good candidate to come in and boost Brendan Rodgers’ side, and the Metro adds that he is open to the idea of moving clubs this summer, despite only spending a season and a half at current club Zenit.

The Liverpool Echo have reported on Liverpool’s interest in the 25-year-old already this summer, with the local paper saying Carlos Bacca was also a target, though Rondon could be a priority now with the Colombian instead moving from Sevilla to AC Milan, as confirmed by BBC Sport earlier this month.

Liverpool had also been looking at Aston Villa front-man Benteke as an option in the transfer market ahead of next season, but the Daily Mail now claims that United could try to hijack this bid, with the Metro adding that the Merseyside giants no longer seem favourites to land the in-demand Belgian.