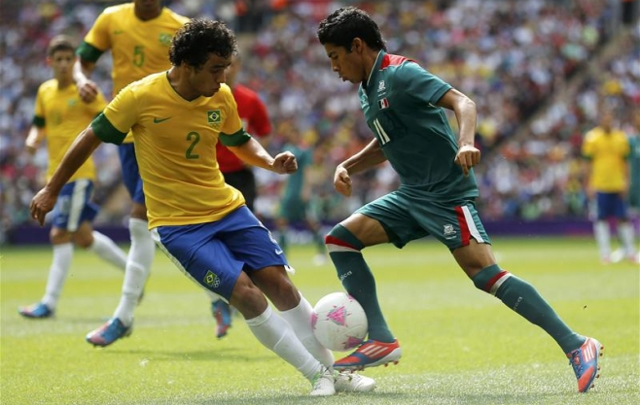 Van Gaal close to sorting another piece of transfer business.

Manchester United are looking close to finalising the future of out-of-favour Brazilian wing-back Rafael da Silva this summer, according to the Independent.

The 25-year-old’s agent has welcomed talk of interest from Serie A side AS Roma, and it looks as though he and his client have accepted that the player has no future as part of the first-team at Old Trafford.

Rafael had been a key member of the United team under Sir Alex Ferguson, establishing himself as first-choice at right-back during the title-winning 2012/13 season.

However, he fell out of favour with Ferguson’s successor David Moyes, and has been unable to win over Louis van Gaal either, making only ten Premier League appearances last season.

A skillful and attack-minded full-back, Rafael could still have a big future in the game if allowed to play regularly, and it seems he will be looking for a move this summer to ensure that happens, with his agent Cassiano Pereira quoted as saying: “His contract expires in June 2016 and the coach, Van Gaal, said he isn’t counting on him, so the player wants to leave and we are talking with more than one club about this.

“Roma would be a more than welcome destination. We would be more than happy to talk to the capital club.”

United recently confirmed the signing of Matteo Darmian from Torino, and it seems likely that the Italian international will become the new first-choice right-back for the Red Devils next season.