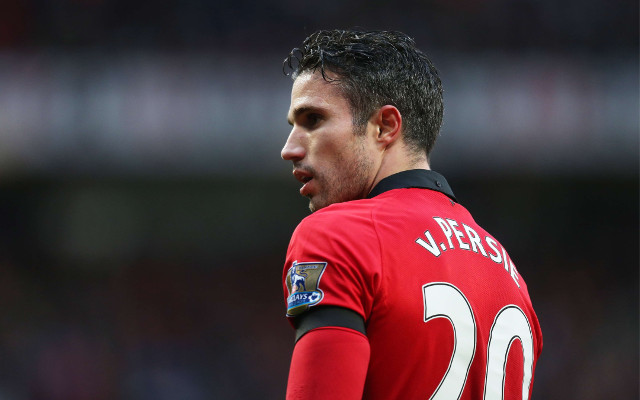 Remarkably, Louis van Gaal has revealed that he informed Robin van Persie that he was no longer wanted at Manchester United during the club’s annual golf day.

Speaking at a press conference in Seattle during the Red Devils’ pre-season tour, the coach revealed that he had broken the news during the United day out, and clarified to RVP that he no longer had a future at the club.

“I had the conversation at the end of the season, so he knew already what was coming,” the Dutch coach began, as reported by talkSPORT.

“I told him in a conversation with him and we have to keep it like that. He knew that from the day we played golf, we spoke about the prospects of him at United.”

Van Persie completed a transfer to Fenerbahce earlier this week; having passed his medical on Monday, he was officially confirmed as a Fener player on Tuesday, being greeted with glorious adulation by the club’s fans [ESPN].

The striker signed on a three-year deal, with a fee understood to be in the region of £4.7 million, ending an 11-year stay in the Premier League, with Arsenal and, latterly, United [Express].

Having admitted that he broke the news to RVP on the golf course, van Gaal went on to express regret at his compatriot’s exit.

“Every decision is difficult to sign and let them go,” the Dutchman continued.

However, van Gaal expressed confidence that the striker had made the right decision, and was moving to a club where he would be well received.

“I think he did a very good choice,” the coach concluded.

“When I was (Holland) coach, I watched Fenerbahce because of (Dirk) Kuyt and I was always received in a very warm way.

“I think Robin will like it, to be in that warm club. I wish him all the best and I have also texted that to him.”

Van Persie leaves England having established himself as one of the most fearsome forward in the Premier League.

However, despite managing an impressive goal-rate, and leaving fans with some remarkable memories (not least the stunning effort below) he only managed to win one EPL title during his time with the Gunners and the Red Devils.