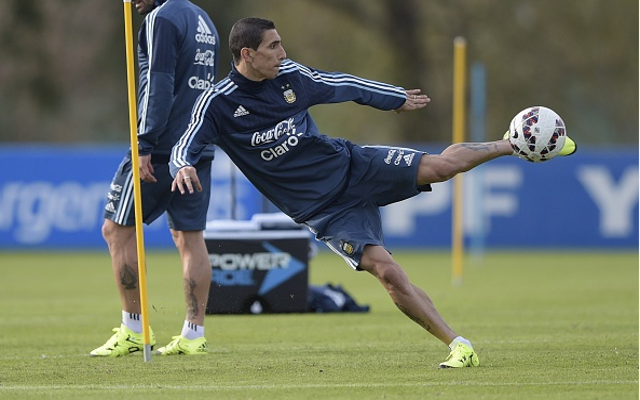 Manchester United manager Louis van Gaal is understood to have held personal talks with Argentine winger Angel Di Maria in an attempt to keep him at the club this summer, according to the Daily Star.

The Daily Star had previously suggested that the former Real Madrid man was edging closer to an exit from Old Trafford in this transfer window, with Ligue 1 giants Paris Saint-Germain mentioned as his most likely destination.

However, United want to keep the unsettled midfielder for next season, even if he struggled to reach the heights he became known for at Real in his first season in English football.

In and out of the side in the second half of 2014/15, Di Maria did not look at his best in a red shirt and may find his game is not ideally suited to the faster and more physical style of the Premier League, though he seems set to get another chance to prove himself in 2015/16.

Van Gaal appears to have made it clear that he wants to keep the 27-year-old, despite already bringing in a number of new faces like Memphis Depay and Bastian Schweinsteiger, who could be direct competitors for places in the attacking midfield department next season.

Still, Di Maria showed at Real that he can be a hugely influential talent, and his record at his previous club surely means he is worth sticking with for the time being.