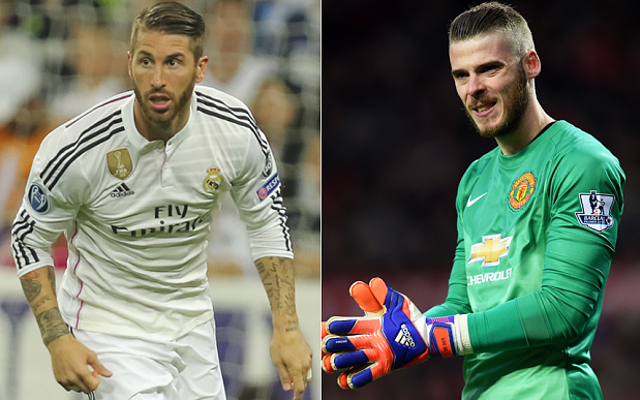 Real Madrid appear to have the advantage over Manchester United in the race to sign David de Gea and keep Sergio Ramos at the moment, according to the Daily Star.

The Spanish giants are not budging on their asking price for Ramos, with the Star claiming they want £45m for the 29-year-old centre-back, a fee United are unsure over paying due to the various risks associated with it.

Despite a reputation for being one of the best defenders in the world, the Spanish international is arguably getting to the point where he is past his peak after a long career at the very top level, and such a big bid would not be a sound long-term investment for the Red Devils.

The Star reports that United had hoped to land Ramos for closer to £35m, which would then see them accept around £25m for long-time Real Madrid target De Gea.

However, the Bernabeu outfit are seemingly not keen on paying that kind of asking price either, and will consider waiting one more year to sign the 24-year-old on a free transfer, as he is in the final year of his contract at Old Trafford.

De Gea’s fine form last season saw him emerge as one of the Premier League’s stand-out performers, and it is little surprise to see that he is on Real’s radar after the departure of club legend Iker Casillas to Porto, as confirmed by BBC Sport earlier this week.