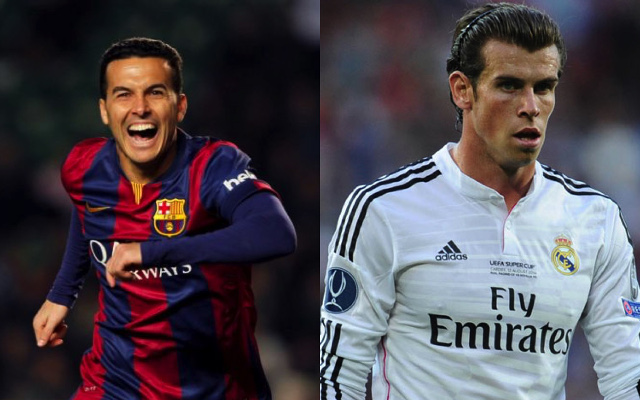 Chelsea have been told to forget signing Barcelona’s Pedro, and instead make an offer for Real Madrid’s Gareth Bale.

Over the past week, reports have been linking Chelsea with a £22m bid for the Barca winger; however, former Blues defender Craig Burley believes the Spaniard would offer little to improve Jose Mourinho’s current side.

Rather, the 43-year-old reckons the Premier League champions – if they wish that status to remain – should be targeting Real Madrid’s world-record £85.3m signing Gareth Bale:

“If Chelsea are going to be signing players and improving the squad, then you have to be a damn good player,” he told talkSPORT.

“I’m not sure if Pedro is going to improve this Chelsea team. I don’t see him making a huge impact, any more so than Oscar or people like that.

“If you are going to improve this team, you are looking at the calibre of player like Gareth Bale. If he is unhappy at Real Madrid, and there’s been talk about it in the last six months, he is going to give you a different dimension.

“Eden Hazard on one side, Bale on the other, and Diego Costa up front. That really improves Chelsea. Pedro? Not really for me.”

Willian, despite offering little in terms of danger in front of goal last season – recording a tally of just two goals and three assists in England’s top flight – was key in the Blues’ title-winning campaign.

Mourinho has been known to favour a player’s work-rate over his flair – and given Willian’s immense work-rate, it’s little surprise that Juan Mata, Andre Schurrle, and Kevin De Bruyne have been offloaded over the past two seasons, while the 26-year-old has earned a regular place under the Portuguese manager.

With Eden Hazard unlikely to be sacrificed for a possible Pedro arrival, it would certainly be harsh if Willian lost his place to the Spain international.

Few, however, could argue against the world-class Bale replacing the Brazilian in west London.