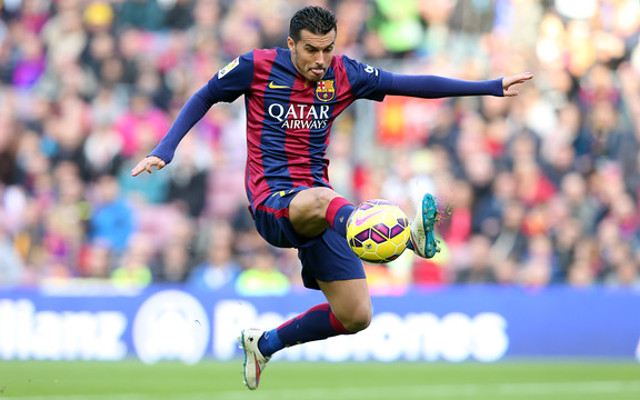 Chelsea will have to wait until after Barcelona’s presidential election before making an official move for Pedro.

According to Mundo Deportivo [via the Express], the La Liga BBVA giants will refuse to begin any transfer negotiations until their presidential election is completed on Saturday 18 July [via fcbarcelona.com].

Among the four contenders are: Toni Freixa, Agusti Benedito, former president Joan Laporta and current incumbent Josep Maria Bartomeu – and, as Mundo Deportivo suggests, whoever is nominated for the position could be crucial in deciding whether Pedro exits the Camp Nou.

The Express state that the Blues have made an offer of £22m – which meets the winger’s release-clause of €30m (£21.2m) [via Mundo Deportivo] – and the Spain international is is said to be assessing his future with the Champions League winners.

Pedro put pen-to-paper on a new deal with Luis Enrique’s side until the end of the 2018-19 season [via The Guardian], which looked to have determined his future ahead of the summer window.

However, Jose Mourinho allegedly believes that the arrival of Atletico Madrid’s Arda Turan denotes that the 27-year-old’s Barca career may be heading in a downward spiral and, as a long-term admirer, the Portuguese manager is keen on luring the forward to Stamford Bridge [via SPORT].

The Premier League champions have been fairly quiet in the market so far – with more departures than arrivals.

With title-rivals Manchester United having secured the signatures of Memphis Depay, Matteo Darmian, Bastian Schweinsteiger and Morgan Schneiderlin [via Sky Sports], as well as allegedly securing the services of Real Madrid target David De Gea for at least one more season [via Marca], it is certainly surprising that Chelsea haven’t yet significantly strengthened their side with the 2015-16 campaign fast approaching.