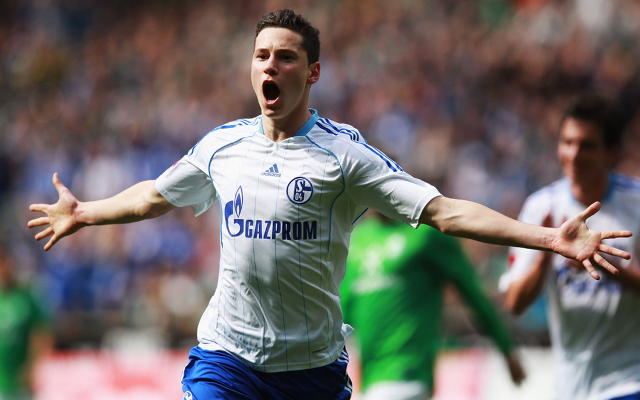 Arsenal look set to face strong competition from Juventus for the signing of Schalke attacking midfielder Julian Draxler this summer, according to talkSPORT.

The German international playmaker has been linked with the Gunners several times in the past, and talkSPORT notes that Arsene Wenger is a big fan of the player, despite being unsure over his hefty asking price.

Still, Draxler’s form has arguably dipped a little in the last couple of years, with injuries preventing the 21-year-old from making a real impact last season, as he managed only ten appearances and two goals in all competitions, following on from just six the previous season.

Considering Draxler managed 13 goals in the 2012/13 season, it looks like he has not made enough progress since then, and may no longer be a priority for Arsenal due to their wealth of attacking midfield options, such as Mesut Ozil and Alexis Sanchez.

It seems Juventus could now be favourites to land the youngster, with the Italian giants in need of improvements in the middle of the park ahead of next season, with doubts remaining over the futures of key midfield duo Arturo Vidal and Paul Pogba, talkSPORT says.

It may be that Draxler needs a new challenge and could benefit from making the move up to a new club to help fulfill his potential.