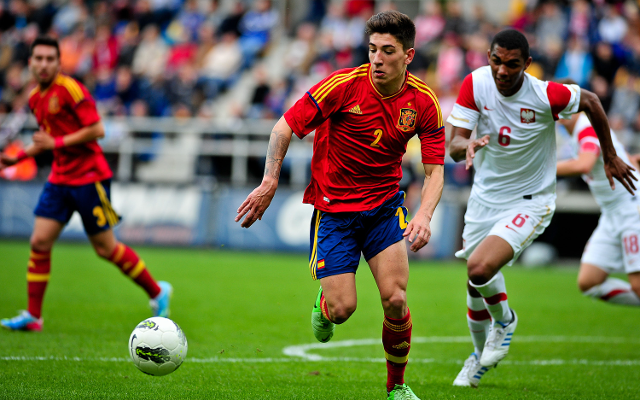 Arsenal are in talks with Spanish right-back Hector Bellerin over a new contract this summer, with The Sun reporting that they will increase his wages to around £45,000 per week.

The 20-year-old enjoyed a superb first-team breakthrough for the Gunners in 2014/15, emerging as first choice in the right-back position after a number of injuries allowed him a chance in the side.

It now looks like Bellerin could keep his place in the starting lineup for next season, with some great attacking performances from the back showing that he could be a valuable asset for Arsene Wenger’s side.

Bellerin is currently one of the lowest paid members of the Arsenal senior squad, making just £15,000 per week, but the club are now in talks with his representatives to get that up to around £45,000, in what could prove as useful a signing as any that Wenger makes this summer.

Having followed a similar path to former Arsenal captain Cesc Fabregas and swapping Barcelona for north London at a young age, Bellerin has responded to the idea that he himself could return to the Nou Camp at some point later in his career, but has insisted he does not have the same ambitions as his fellow countryman.

“If I had wanted to play there (at Barcelona), I would have stayed there in the first place,” he said.

“The fact that I came to England means that I want to play for Arsenal.

“For me, the job has only just started. I have had one season in the first team and I am not thinking about going anywhere else.

“I am only looking to cement my place in the side, play more games and stay here for a long time.”