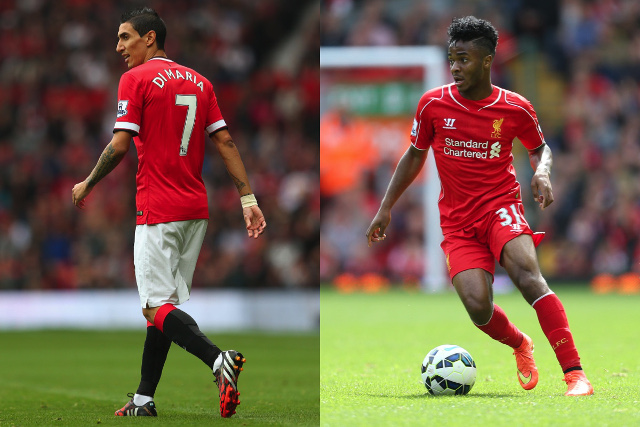 In reports cited by the Express, Manuel Pellegrini’s first-choice was not the England international; rather, the Chilean manager wanted the out-of-favour Red Devils winger.

Sterling’s Etihad arrival was confirmed on Tuesday evening in a £49m deal that saw the 20-year-old become the most expensive English player in history [via BBC Sport].

The English newspaper, however, suggest that, while Sterling was a priority signing this summer, the Sky Blues would have preferred to have secured the signature of Di Maria – who has been linked with Paris Saint-Germain over the past few days [via the Daily Mail].

According to the report, City were preparing to make a move for the former Real Madrid forward, but had their minds changed when sources close to the player revealed that he wasn’t settled in England, and may therefore not consider a move to any of United’s Premier League rivals.

Spanish newspaper ABC claimed that, while PSG are rumoured to be the favourites for the Argentina international’s signature, the winger is actually said to be desperate to return to the Santiago Bernabeu.

ABC believe that Di Maria became obsessed with money during his career with Los Blancos, which was key to his accepting of a deal – worth £280,000 per-week – with the Red Devils last summer [via The Guardian].

The Red Devils allegedly value the 27-year-old at £50m [via the Express] and will surely settle for no less – if they decide to sell in the coming weeks – given he cost a British record of £59.7m less than 12 months ago [via BBC Sport].