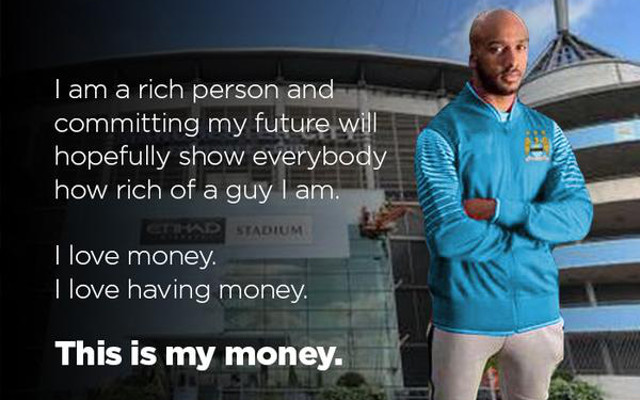 Just days after declaring his future to Aston Villa amid Manchester City speculation, Fabian Delph was caught on his way to a medical with Manuel Pellegrini’s side.

The England international was adamant in his desire not to leave Tim Sherwood’s side this summer, but having been snapped in a rather unfavourable transfer position in Manchester today – predictably – social media has gone mad.

Fabian Delph releases a statement regarding his move to Manchester City. pic.twitter.com/rzP2P4KSs3

Fabian Delph hearing that Man City have offered him a wage hike https://t.co/NW5EjoWHxr

Aston Villa fans reacting to the news that Fabian Delph is having medical at Man City. pic.twitter.com/Ic55vVk2he