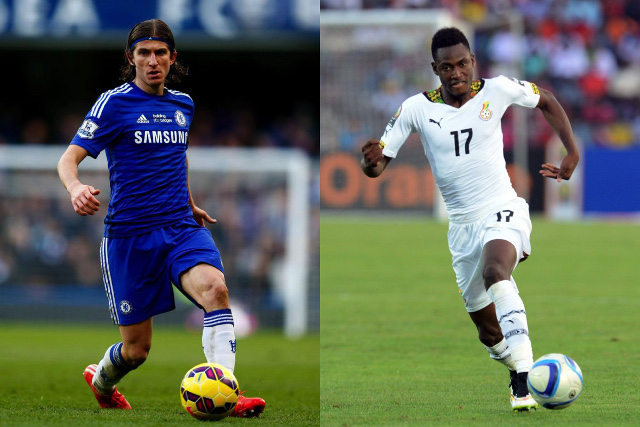 According to the Mirror, Jose Mourinho is set to give the Brazil international the green light on a return to the Estadio Vicente Calderon, with the Portuguese manager having earmarked the 29-year-old’s replacement.

The English newspaper state their belief that Filipe Luis will seal his Diego Simeone reunion in just a few days time – just 12 months after putting pen-to-paper three-year contract in a deal worth £15.8m [via BBC Sport] with the Premier League champions.

The left-back struggled significantly for playing time in his maiden campaign at Stamford Bridge, playing second-best to Cesar Azpilicueta – making a glum nine league starts – and with his 30th birthday to come next month, the defender perhaps isn’t eager to continue a probable bench-warming role in the latter stages of his career.

Filipe Luis’ replacement, therefore, will also likely join the west London giants simply as back-up to the Spain international; however, this could be a role that Augsburg’s Rahman may be open to – given the experience the 21-year-old could gain among Europe’s elite.

He may also be buoyed by the opportunities that Kurt Zouma, 20, was handed last term.

The Mirror claim that Mourinho is confident that he can secure the signature of the Ghana international this summer, with the Blues’ interest, the daily tabloid state, dating back to last month.

Rahman was in superb form last season, and played a key role in helping Augsburg to finish fifth and thus qualify for a place in the Europa League for the 2015-16 campaign – their highest position in the club’s history.

The Ghanian recorded the highest average number of tackles in the Bundesliga – averaging 4.8 per-game – and despite being just 21, he has already earned 15 senior caps for his country.

Reports have previously said that the youngster could cost as much as £15m [via the International Business Times].