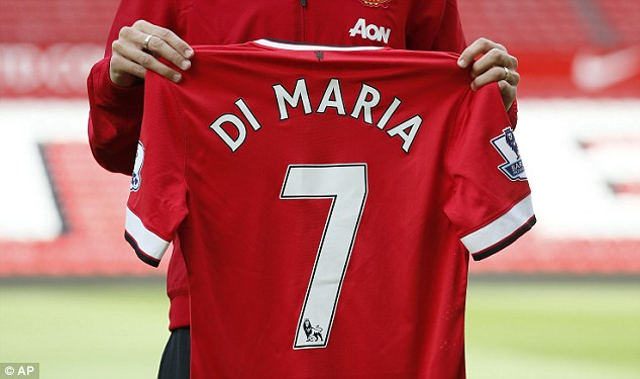 Paris Saint-Germain are understood to be keen on signing Manchester United’s Angel Di Maria this summer, with a potential swap deal for Edinson Cavani having been proposed.

United’s transfer activity has stepped up a notch or two in recent weeks, with Louis van Gaal completing several key deals while also seeing some of the squad’s dead wood depart.

The quartet of Memphis Depay, Matteo Darmian, Bastian Schweinsteiger and Morgan Schneiderlin have all arrived, while unwanted players such as Robin van Persie and Nani have been shown the door.

Further peripheral figures such as Jonny Evans [The Guardian] and Rafael [Independent] have also been linked heavily with a move away from Old Trafford this summer.

Angel Di Maria finds himself in an odd middle ground.

The Argentina international was signed from Real Madrid last summer for a club record £59.7 million, but has been heavily linked with a departure this summer [Fox Sports].

PSG—who missed out on the player 12 months ago [ESPN]—are understood to be keen on the former Real Madrid man [ESPN], while Di Maria himself is open to moving to the Parc des Princes [Telegraph].

A straight swap deal for Edinson Cavani has been proposed [ESPN]. 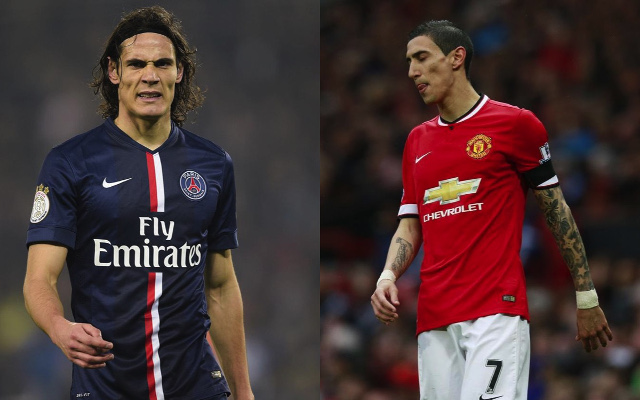 Will Cavani & Di Maria be swapping places this summer?

However, United legend Paul Scholes hit the nail on the head when he argued that despite the wide midfielder’s struggles this season, it’s imperative that the Red Devils keep hold of the Argentine [Manchester Evening News].

Not only is Di Maria tried and tested quality, but he is also rare wide option for Louis van Gaal.

New recruit Depay can operate in a wide position, but while United are well-stocked for players who can thrive centrally—Schneiderlin, Schweinsteiger, Juan Mata, Marouane Fellaini, Wayne Rooney, Ander Herrera and Michael Carrick—they have precious few options out wide.

Di Maria may therefore play a vital role in stretching the play for the Red Devils, giving them pace and menace on the flanks, and ensuring that they can attack teams from wide positions—rather than merely through the middle.

Finally, there is reason for optimism in Di Maria’s appearance last season, even if he was criticised for having a lethargic and apathetic attitude to games [International Business Times].

The winger managed 10 assists—an admirable return considering he was playing in his first-ever EPL campaign, and in a changing team which enjoyed several troughs during the season—and if can has succeeded in adapting to English football, he could succeed in repaying United’s investment.