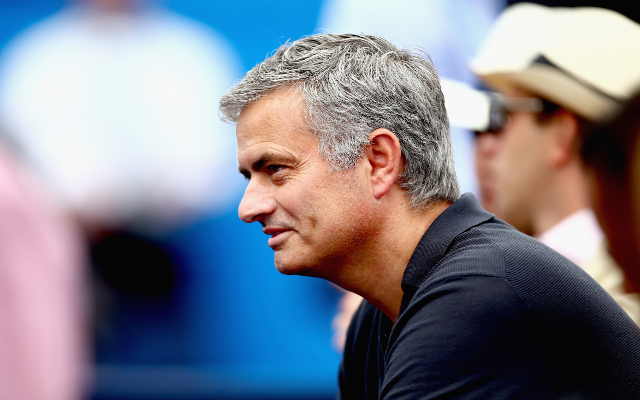 The Blues are set to take advantage of the player’s desire to play Champions League football in the upcoming season and are set to launch an offer for the £15m-rated striker, who announced himself to the British media with a goal against Arsenal for Anderlecht in the thrilling 3-3 draw at the Emirates Stadium in Europe.

Jose Mourinho is keen to strengthen his attacking options at Stamford Bridge this summer and could use Serbian duo Branislav Ivanovic and Nemanja Matic to help persuade their compatriot Mitrovic to make a move to West London during the transfer window.

If the deal does go ahead the Portuguese manager will likely install the 20-year-old as his third choice striker behind Diego Costa and Radamel Falcao, which would then raise question marks over Loic Remy’s future at the club.

In addition to the highly-rated striker, the Blues boss has also been linked with bringing in Barcelona winger Pedro and there has been reports in the media that a deal is close following words of wisdom from the Spaniard’s international teammate Cesc Fabregas, who reportedly convinced the winger to turn down a move to London rivals Arsenal [via Independent Sport].

Following the arrival of Luis Suarez at the Camp Nou last summer, Pedro was often left out of Luis Enrique’s starting XI given the stunning form of the front three which included Lionel Messi and Neymar.

Despite his lack of starts, Pedro was still able to weigh in with six goals and assists including a stunning effort in against Real Sociedad which left the Catalan giants on the brink of clinching the La Liga title.

The Blues have signed three new players during the transfer window so far and it appears they are still on the market as they prepare to defend their Premier League title.