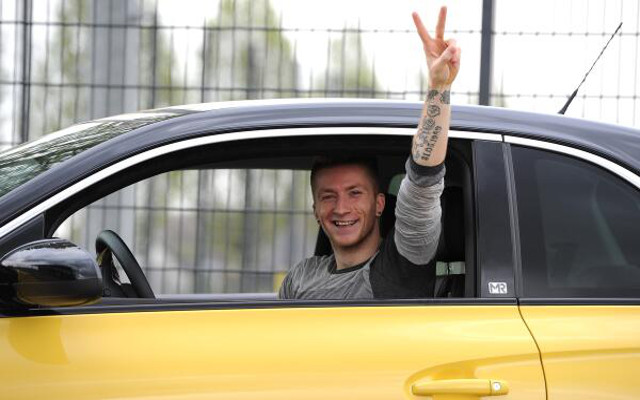 The fierce rivalry between Liverpool and Manchester United has returned to the fore again in light of the rumours linking Borussia Dortmund winger Marco Reus with a move to Anfield.

The forward has emerged as a key transfer target for Liverpool, with the club understood to be considering a move for the Germany international.

The Reds are replete with cash following the £49 million sale of Raheem Sterling, and Reus may be the kind of player who could replace the impact lost with the England international’s switch to Manchester City.

However, fans of Reds’ rivals United and of fellow EPL Champions League hopefuls Arsenal are unconvinced as to whether the rumours linking the world-class wideman to Anfield are genuine or not.

Supporters of the Red Devils and the Gunners have taken to social media to troll Liverpool, claiming that the ridiculous suggestion of Reus’s arrival is little more than another episode of the Brendan Rodgers circus.

Here are the best tweets:

Liverpool fans are so deluded.why would Marco Reus want to downgrade by joining Liverpool?

BREAKING: Dortmund have accepted a bid for Marco Reus from @LFC…seems a transfer is close From Highly trusted source: (@cartoonnetwork)” — Barrack™ (@TheGamblerKE) July 16, 2015