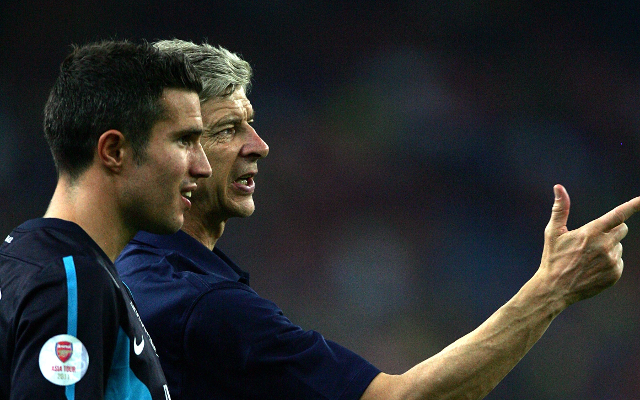 The 31-year-old has called time on his 11-year career in England by moving abroad to Turkey in a deal worth a reported £4.7million fee from Manchester United [via Express Sport].

Wenger, whom the Dutch striker played under in North London for eight seasons admits van Persie’s sudden departure was unexpected and believes English football will suffer as a result:

“I’m quite surprised that Robin van Persie has gone to Turkey this summer. He’s a loss for English football because he’s an exceptional player, one of the best I’ve ever managed,” the Gunners boss admitted.

“He has an exceptional technique. I don’t know what happened or why he leaves United but he’s a loss to the Premier League,” Wenger added.

van Persie joined the Red Devils from the Gunners in the summer of 2012 and went on to justify his £24million price-tag by firing United to a record 20th league title after scoring 26 goals during the following campaign, including a stunning hat-trick against Aston Villa which crowned the club as champions of England.

However, the Dutchman struggled to replicate such brilliant form over the last two seasons as his wretched injury record came back to haunt him, but he will certainly go down as one of the best strikers to ever grace the Premier League.