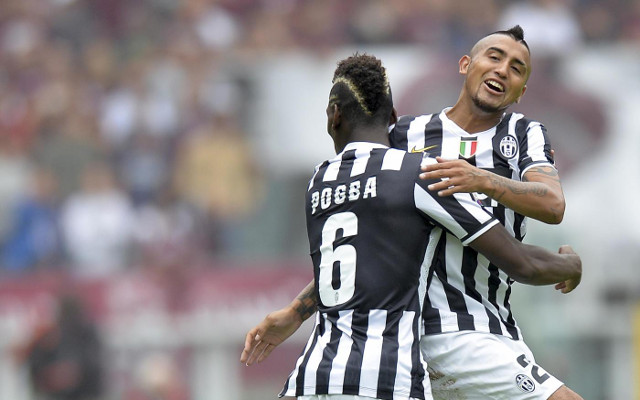 Last month it had been thought that the Gunners had agreed a deal for the 28-year-old [Daily Mail], but nothing seems to have come from the rumours.

Now Bayern chief executive Karl-Heinz Rummenigge has revealed that he wants to bring the midfielder to the Allianz Arena, which could rule out a move to North London [Sky Sports].

“I hope that Arturo Vidal will join us in the end,” he said, “I can’t announce anything at the moment. If we sign someone, he would be a very good player.”

The Metro have also revealed that Munich have agreed a £28 million fee with the Bianconeri for the Chilean. The North Londoners believe that they can match this, but that may not be enough.

The German side won the Bundesliga last season as well as getting to the semi-finals of the Champions League.

This success, and a greater chance of winning trophies, may entice Vidal to go to the Bavarian outfit ahead of Arsenal.

Arsene Wenger’s side were knocked out of the Champions League at the last 16 stage by AS Monaco, and finished 12 points off Premier League champions Chelsea. Although they have won the FA Cup two twice in a row.

Vidal has impressed on both the international and the club scene in the past year. He has helped the Old Lady to win both Serie A and the Coppa Italia, as well as get to the final of the Champions League. Meanwhile, he was also part of the Chile team that won the Copa America and got to the last 16 of the World Cup.