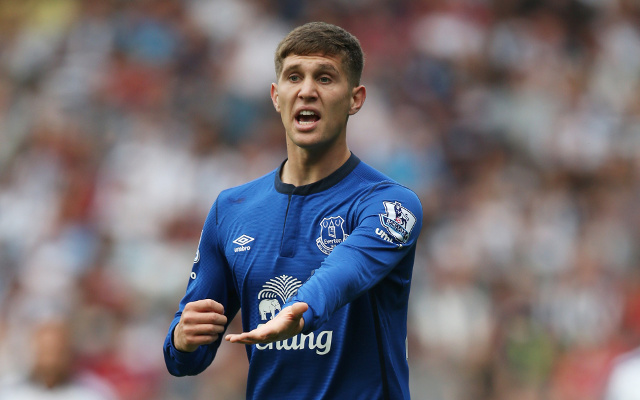 Chelsea are set to persuade John Stones to leave Everton by setting aside the No.6 shirt for his desired Stamford Bridge arrival.

The Daily Mail state that the England international has emerged as a priority signing for Jose Mourinho this summer, and despite having a £20m rejected on Friday, the Premier League champions are far from finished in their pursuit.

The Portuguese manager is said to want the 21-year-old to become the new mainstay in central defence, with John Terry, 34, reaching the latter stages of his career, and Gary Cahill’s form at times questionable.

Chelsea secretary David Barnard is set to meet with Toffees officials soon – where a second improved bid of £26m is expected to be tabled.

What’s more, the west London giants will hand Stones the No.6 squad number – previously worn by Ricardo Carvalho, Marcel Desailly and Frank Sinclair – if he puts pen-to-paper on a deal with the Blues.