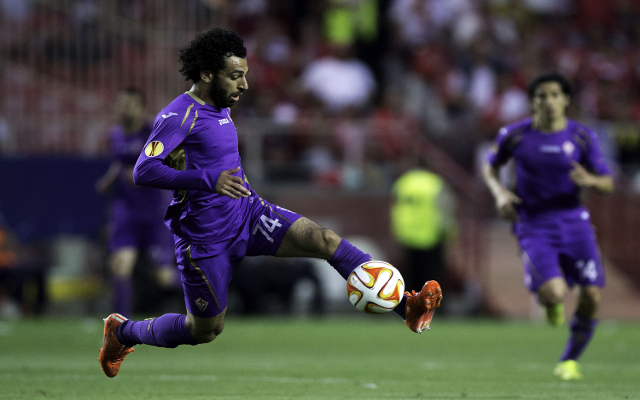 Liverpool have reportedly made an approach for Chelsea winger Mohamed Salah according to the Daily Express.

The 23-year-old Egyptian spent a successful spell at Fiorentina last term but opted against a permanent move to the Italian side leaving his future very much in question.

Brendan Rodgers had attempted to sign Salah in January 2014 and is keen to continue his summer spending having already brought in a slew of top quality additions.

Salah netted nine goals in 26 appearances for Fiorentina with his move acting as an effective shop-window with Jose Mourinho seemingly seeing the former FC Basel man as surplus to requirements.

Having sold Raheem Sterling to Man City the Anfield side could be keen to add to their wide-attacking options and Rodgers has made good use of the summer transfer window with the purchases of Nathaniel Clyne, Joe Gomez and Roberto Firmino along with the capture of free agents James Milner, Danny Ings and Adam Bogdan.

Should Salah remain at Stamford Bridge then he may even struggle to make the Chelsea bench given the number of other wide-attacking options open to Jose Mourinho.