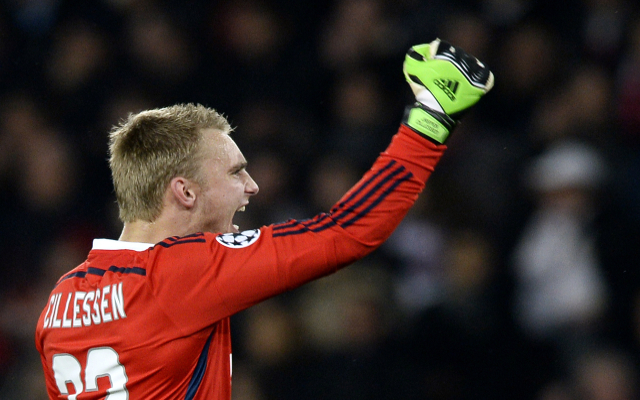 Man United are readying a move to sign Ajax keeper Jasper Cillessen according to the Daily Star.

The 26-year-old Dutch international has been lined up by Louis van Gaal as a replacement for Spanish custodian David De Gea, who’s contract expires next summer.

The Daily Star claim Man United are willing to allow David De Gea to run down his current deal ahead of a free transfer exit with Real Madrid known to be interested (via the Independent) in the former Atletico Madrid man.

Man United paid £18.9m for De Gea back in 2011 (via the BBC) and any decision that would see the talented keeper leave on a free transfer would be a costly one for the Old Trafford side.

Last summer Louis van Gaal invested £150m in his squad last summer (via the Manchester Evening News) and Man United secured a top four finish that has led to a return to the Champions League.

Man United have spent £82m on new players this summer (via the Daily Star) and Louis van Gaal will hope his side can make a real impact in 2014/15 and has balance that spending with the sales of Robin van Persie and Nani.

There is growing speculation that Man United may sell Angel di Maria (via Daily Mail) in what could prove a very busy summer of ins and outs.

Cillessen moved to the Amsterdam ArenA in 2011 and has won three Eredivisie titles with Ajax prior to Frank de Boer’s side losing their grip on the championship to arch rivals PSV Eindhoven last term.