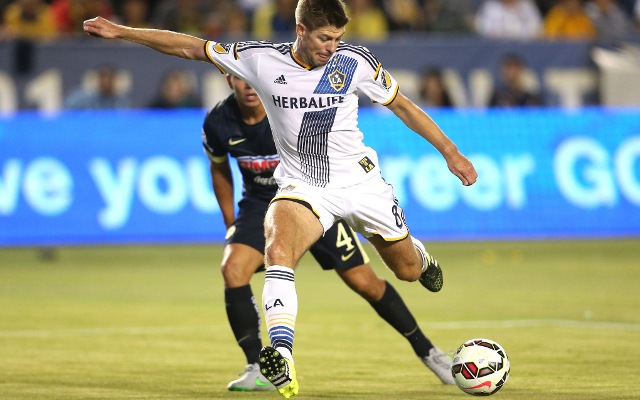 Liverpool legend Steven Gerrard had the perfect start to his LA Galaxy career, scoring in the first half of his debut in a victory for his side.

The 35-year-old inspired the Californian team to a 5-2 win over local rivals San Jose Earthquakes. His 37th minute strike drew the scores level at 2-2 after San Jose had gone ahead, and Los Galacticos had a Robbie Keane hat trick as well as Sebastian Lletget goal to thank for the three points.

However, the former England international doesn’t seem to have forgotten his old club, even sporting some Liverpool branded shin pads while on the pitch. The Anfield hero revealed them when he was subbed off in the 87th minute of the encounter, having already done enough to guarantee the win. 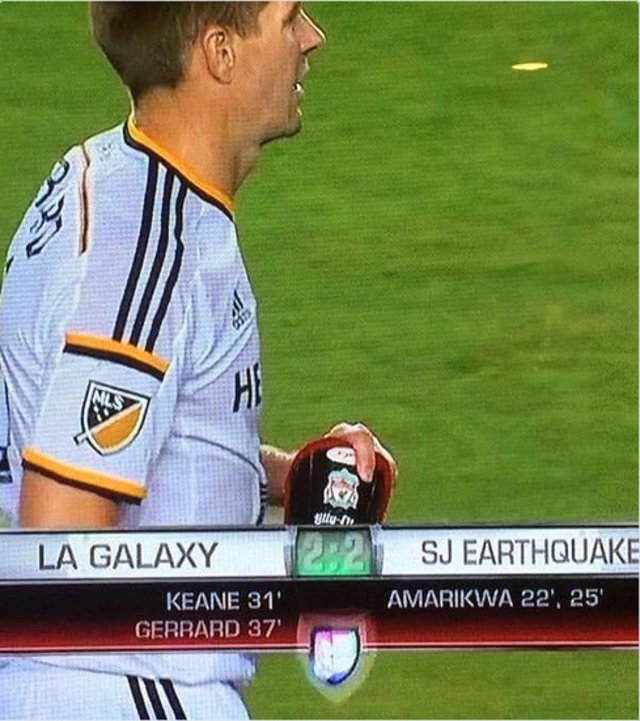 This is sure to be heartbreaking for Liverpool fans, who will be wondering how their team will cope without their skipper. Manager Brendan Rodgers has brought in James Milner to play in the midfielder’s position, but it is likely that the whole team will have to pick up their performances to make up for Gerrard’s absence.