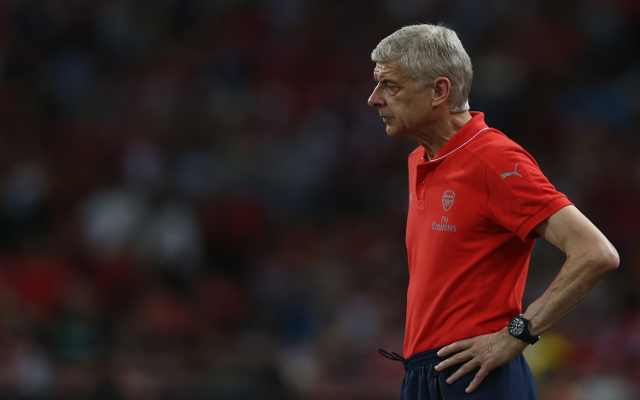 Arsenal have made an approach to sign Real Madrid forward Karim Benzema, according to Italian journalist Tancredi Palmeri.

It’s all true the Arsenal bid for Benzema: 45m€. Real Madrid was initially open to talk, but now they have stopped everything

The 27-year-old French international has been a consistent performer at the Bernabeu and is a player who has long been linked with a move to Arsenal, Arsene Wenger’s interest dating back to Benzema’s days at Olympique Lyonnais [via the Daily Mail].

The Daily Telegraph claim Rafa Benitez will look to use Gareth Bale in a central striking role, and if this proves to be the case, then Benzema will find himself struggling for a spot in the new Real Madrid manager’s starting eleven.

Benzema has racked up over 20 goals in each of his last five seasons, and his tally of 133 goals in 281 appearances has more than repaid Real Madrid’s original €35m outlay [via CNN].

Arsene Wenger primarily uses Olivier Giroud as his starting centre-forward, and though the 28-year-old has impressed in patches, it would be hard to term the former Montpellier man as prolific.

Giroud’s top Premier League tally of 16 goals came in 2013/14 whilst last season ended with the French international going some eight games without netting before a late effort against Aston Villa in the FA Cup final.

Indeed, Giroud was outscored by new signing Alexis Sanchez, this with the Chilean playing most of the campaign out wide, while fellow new-boy Danny Welbeck struggled for consistency.