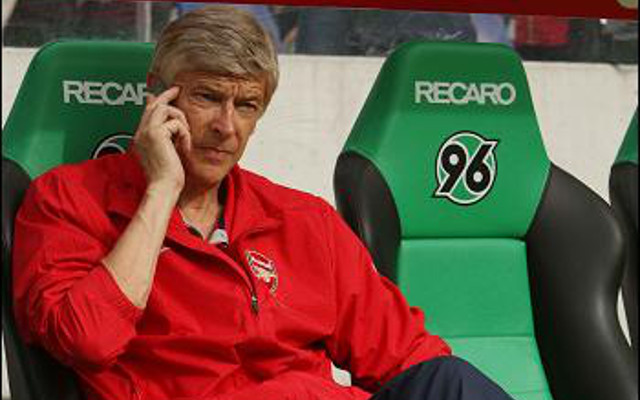 Real Madrid star Karim Benzema has refused to rule out a move to Arsenal after a phone call from Arsene Wenger, reports Spanish paper El Confidencial [via Daily Express].

The 27-year-old scored 22 goals in 47 games last season, but could still leave Los Merengues due to a switch in tactics from new manager Rafael Benitez. The former Liverpool boss is thinking of using Gareth Bale as a central striker according to the Express, which could force the France international to either sit on the bench or leave the club.

Manchester United are interested in the forward, but it is the Gunners who seem to have made the first move; Wenger called his compatriot to speak about a potential transfer, and it is thought that the player hasn’t rejected the Alsace-born coach’s advances.

However, the North Londoners may have to wait for their man, with the striker potentially waiting until the end of the transfer window to see where he features in Benitez’s plans. Mesut Ozil made the move from Los Blancos on deadline day nearly two years ago, and this could end up being a similar situation.

This news comes after Real were heavily linked to Juventus forward Fernando Llorente [Eurosport]. The ex-Athletic Bilbao man could be a replacement for Benzema if he is signed, and it’s hard to envisage both internationals moving to the Emirates Stadium.

With a proven record of scoring at the highest level, the Madrid striker could be a great signing for Arsenal if they manage to pull it off.

With Olivier Giroud, Theo Walcott, and Danny Welbeck all either unproven or having shown weaknesses at the highest level, the arrival of such a high-profile forward could be exactly what they need to challenge Chelsea for the Premier League title.