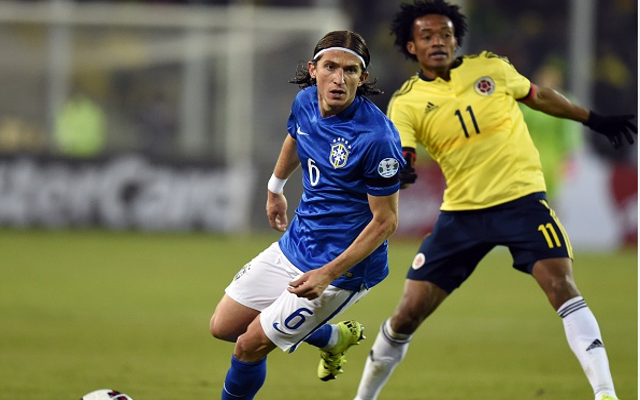 Chelsea are ready to sell South American pair Filipe Luis and Juan Cuadrado, according to The Guardian.

Jose Mourinho will not have been all that impressed with the performances put in by the two players, both of whom have struggled to retain a foothold in the Blues starting eleven.

When the 29-year-old was called upon, the Brazilian looked a shadow of the player who had helped Atletico Madrid to a surprise La Liga title triumph in 2013/14.

The Guardian state that Chelsea would not accept a fee less than the £15.8 million they paid for the defender a year ago.

Similarly, The Guardian state that Mourinho is ready to say farewell to Cuadrado, but that Chelsea would demand no less than the £26 million they paid for the winger in January.

Cuadrado had greatly impressed at the 2014 World Cup, but when in Chelsea colours he barely a made an impact, and was offered just four Premier League starts and in his dozen appearances in total, the Colombian managed neither a single goal, nor an assist.

Ironically, Mohamed Salah, who moved to Fiorentina on loan as part of the deal to bring in Cuadrado [via UEFA.com], performed wonders last term and his temporary spell proved to be a very effective shop window for his talents.

The arrival of Radamel Falcao should help to boost Mourinho’s options in the final third, although the Chelsea manager will hope the usually-lethal forward offers more than the four goals he managed during his temporary move to Man United in 2014/15.