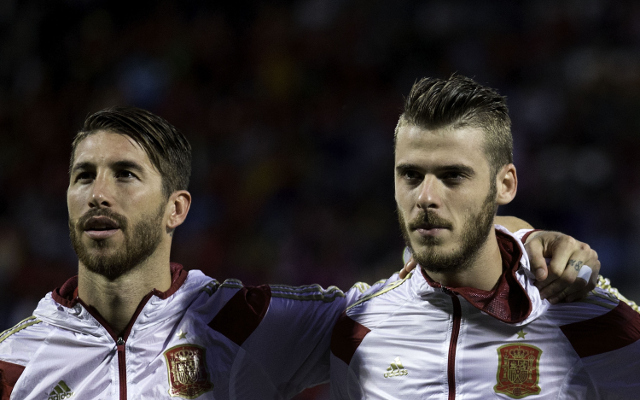 Manchester United star David de Gea has agreed a move to join Real Madrid this summer, with personal terms in place for him to move to the Bernabeu.

However, the two clubs are yet to agree a fee for the 24-year-old, with United holding out for a swap deal involving Spanish centre-back Sergio Ramos, though Madrid want £65m for the defender.

United will surely not pay that much for Ramos, which could mean De Gea is forced to wait until next summer to move to the Bernabeu on a free transfer.

Still, according to the Daily Star, the former Atletico Madrid man is prepared to quit Old Trafford and has an agreement with Real.