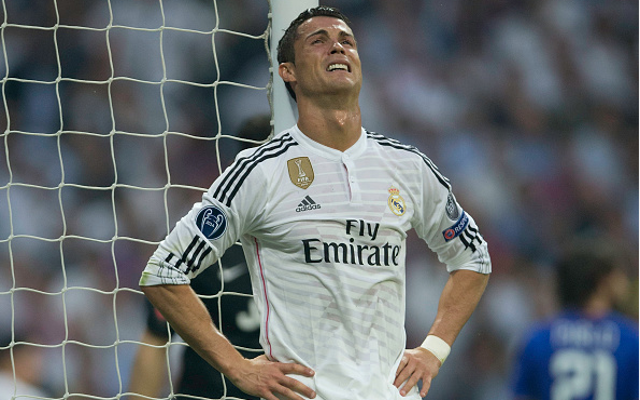 Old Trafford great looks to be planning his Bernabeu departure.

Former Manchester United star Cristiano Ronaldo looks to be planning his exit from Real Madrid, according to the agent of his former team-mate Iker Casillas.

Santos Marquez is quoted in the Daily Mirror talking about Ronaldo’s recent decision to sell his image rights to Valencia owner Peter Lim, which he feels looks suspicious and like a sign he coud be planning to leave the Bernabeu.

“One day [Florentino Perez] will need to explain why Cristiano works for another company outside of Real Madrid,” he said.

“Imagine Cristiano generating €40 million elsewhere and giving it to Peter Lim, Valencia’s owner. It ends up in Valencia’s coffers and that’s deplorable.

“Will anyone speak out and ask Florentino why Cristiano has sold his image rights to Peter Lim?

“That’s not normal; it suggests that Cristiano is planning to leave.”

The Portuguese international has a contract with Los Blancos for another three years and has been by far their best player since he moved to the club from United back in 2009, though his future has often come under the spotlight.

The Daily Star reported back in March that legendary Red Devils boss Sir Alex Ferguson has personally attempted to persuade Ronaldo to come back to Old Trafford, though it remains to be seen if that dream outcome for the club’s fans will ever become a reality.

The 30-year-old would no doubt be expensive and has little re-sale value as he is set to turn 31 next season, but he made himself a real hit in the Premier League earlier in his career as he helped guide Ferguson’s side to three consecutive title wins, as well as a victory in the Champions League final against Chelsea in 2008.