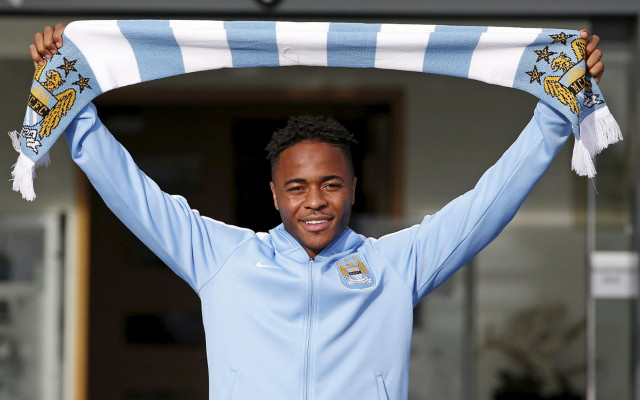 New Manchester City winger Raheem Sterling has hit back at claims that he pulled a ‘sickie’ in order to force a transfer away from Liverpool.

The 20-year-old completed his move to the Etihad Stadium last week in a deal that could rise up to a reported £49 million [via BBC Sport] as City finally got their man after failing with two bids earlier in the summer.

The relationship between Sterling and the supporters of his former club turned sour during his final days at the club, and reports of him failing to turn up for training two days in a row [via Mail Sport] seemed to cause a lot of anger from those connected with the Merseyside outfit.

However, the England international has strongly denied those accusations and has insisted he was genuinely ill and was ordered by the club’s doctor to stay home for 48 hours in order to prevent the illness from spreading to the rest of his teammates.

“Everyone thought I threw a sicknote in,” he told Manchester Evening News.

“I was in training on the Tuesday – in the changing room my stomach started hurting. I still went out and trained though.

“That day I went home, and I told the doc I was ill. My stomach was rumbling and I had diarrhoea.”

“The doctor just said to me you can’t be around the other players. For the next 48 hours, I stayed at home.”

“That’s what the club doctor told me to do. When that 48 hours was done I came back to training as normal,” Sterling added.

SEE ALSO:
9 summer transfers that could go down to the wire: Arsenal, Man Utd & Liverpool deals to go to deadline day?
Recently-axed Liverpool defender wanted by Ligue 1 side
Liverpool still in with chance to sign Germany international as potential striking partner for Christian Benteke

Sterling could make his City debut later this week against Serie A giants AS Roma in the second game of their pre-season tour of Australia.

The ex-Liverpool forward has been joined at City by former Aston Villa captain Fabian Delph, who reneged on his initial comments to stay with the Villains in order to sign for the Citizens [Daily Mail].