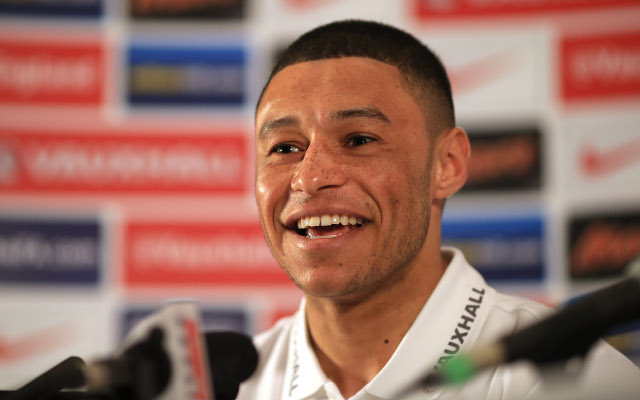 The Ox with controversial but hilarious statement!

Arsenal winger Alex Oxlade-Chamberlain has brilliantly trolled one of his former Gunners team-mates with a response to a question at a press conference in Singapore, reports the London Evening Standard.

The England international was with the squad for their pre-season preparations, and was asked, “If you could turn back time and have any Arsenal legend play for you now, who would it be?”

SEE ALSO:
Nicklas Bendtner has more international goals than these ten AMAZING strikers, including Chelsea, Arsenal & Man United stars
Warning for Harry Kane: Ten English youngsters who failed to live up to the hype, including Arsenal flops
How Barcelona Squandered £163m On Arsenal Flops Over The Years

The Danish forward has become something of a laughing stock at the Emirates Stadium for years of poor performances that didn’t match his overly inflated ego, with the player often stressing that he would become one of the best in the world, though he barely managed to look top four quality with some suspect performances and a tendancy for missing easy chances.

Now we wait and see how the 27-year-old, now with Wolfsburg, responds to this jibe!