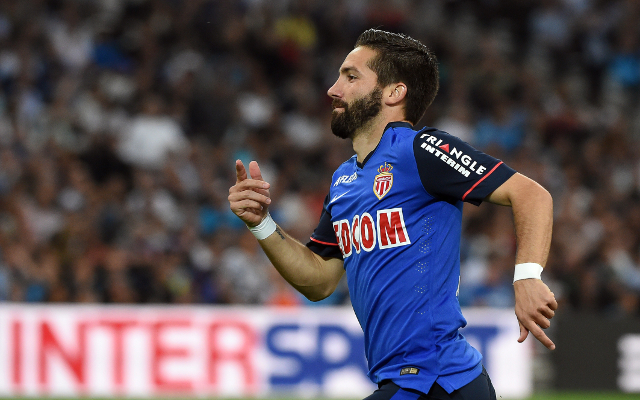 Arsenal are reportedly leading Chelsea in the race to sign impressive AS Monaco midfielder Joao Moutinho according to the Daily Express.

The 28-year-old looks set to leave the Stade Louis II side and reports from French source RMC (via Goal.com) claim the experienced performer would cost a very reasonable £14m.

Moutinho moved to Ligue 1 side AS Monaco back in the summer of 2013 and looks set to leave with Arsene Wenger keen to bring in the Portuguese international to the Emirates Stadium.

Wenger would do well to bring in the central midfielder who could provide a strong presence at the heart of the Arsenal starting eleven.

The AS Monaco man is a well rounded performer who is incredibly comfortable on the ball but well able to get stuck in and could provide much needed protection for Arsenal’s creative talents.

Last season Wenger saw Francis Coquelin shine in an out and out defensive midfield role though perhaps the Arsenal manager should consider the option to play a less one-dimensional performer in the role.

Chelsea perhaps less of a reason to push for Moutinho given they have the likes of Cesc Fabregas, Nemanja Matic and Oscar to call upon.